Well, it was time to leave Playa Tunco, so we took a direct shuttle from there to Leon, Nicaragua for $50 US. Aside from leaving 2 hours after the departure time, the shuttle was quite nice with air conditioning, WiFi, and plenty of space. Claudia and I were joined again by our Italian friend and 3 gentleman from the Netherlands. We had to cross 2 borders which were pretty smooth. The only hiccup came when we exchanged our USD to Nicaragua Cordova. The man doing the exchange tried to pull a fast one, assuming we didn’t know the exchange rate. Claudia was pretty sure that $110 USD was worth more than 2000 Cordova we received. She confirmed her suspicion and hopped out of the van to confront him. And, what do you know, my girl won the battle and got what we deserved. Boom.

The six of us arrived in Leon, Nicaragua, around 7pm and were all able to find space at Sonati hostel. Long days of traveling typically give us the notion that we “earned” drinks so we went to get food and check out the so-called party hostel, Big Foot. Yep, it earned its reputation. Half of us took the “Lava Shot Challenge” (myself included) which is a series a series of 3 shots of rum taken 5 seconds apart followed by 30 seconds before you’re allowed a chaser. Oh, and the rum is soaked in hot chili peppers for who knows how long. When in Rome… (er… Nicaragua)

The late night / early morning was followed by returning to Big Foot at 7 am to go ash boarding! Yes, ash boarding. The three Scandinavian gents and myself climbed Cerro Negro, boards in hand, and proceeded to sled down the side. That’s a new one.

We spent the rest of the day visiting beautiful churches and enjoying the Colonial city.

Well, time for our next move. Claudia and I said our goodbyes and headed toward Ometepe Island which entailed taking a shuttle, a bus, a taxi, and a ferry. Luckily, we got there just in time for the last ferry to the island.

An hour later on land, we began to look for a hostel in the strangely deserted landing spot. We found a cheap place and went out for dinner. After eating, we returned to the hostel to unfortunate news. We had previously reserved a spot to volunteer at Caribe Horse near Puerto Viejo on the Caribbean side of Costa Rica. The reservation was made in May, but we sent them an email while en route to confirm and remind them that we were coming. We were informed that they lost our reservation due to a clerical mistake, and they were booked with volunteers. Bummer. Well, time for more research, but traveling is one day at a time. Today is for Ometepe.

We spent two days exploring the island.  We first went to Ojo de Agua, a natural spring created by falling volcanic debris. It was beautiful, crystal clear. A pool fit for a queen. We then decided to grab a meal and a beer on the beach.

The next day, we went to visit Maderas Volcano and hiked nearly to the top but, unfortunately, lost the trail and had to return down the volcano before reaching the top in order to catch the last bus.

Ometepe Island is a gorgeous piece of Nicaragua, but you really need to rent a car or motorbike to efficiently see all it has to offer.

The next day, we decided to say goodbye to Nicaragua and made our way to the border to Costa Rica. We took the ferry and two cabs in order to cross. The border was, again, hectic and chaotic. We were swarmed with people selling food, offering to change our money, and a man who demanded he fill out our customs papers and charged us $5 each. Claudia realized what was happening and tried to make our way out of the mess, but I was sucked into the confusion and paid the man. Sigh. Another lesson learned the hard way. You are responsible for not getting ripped off. Pay attention. 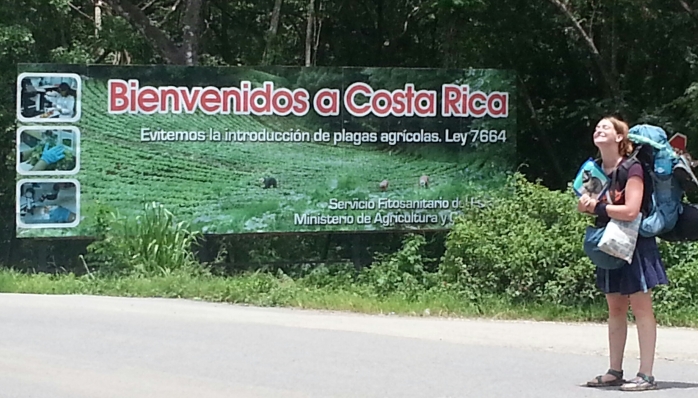 Onward. We received our stamps and grabbed a bus to San Jose. We found a hostel, got some food, and went to bed early after long travel day. The next day was Claudia’s birthday! We decided to walk around the city for a change of pace.

We really enjoyed the art and parks all around the city. We ate, had beers, and walked along the city streets for hours. 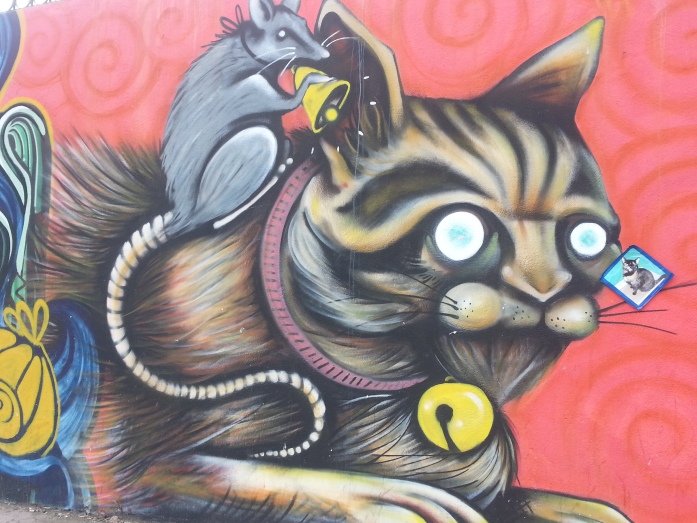 At night, we saw many people walking down the streets and found out we were witnessing an annual Catholic holiday, Virgen de Los Angeles. Many people walk La Romeria, a pilgrimage across the nation. It was quite fascinating to see so many  people involved. 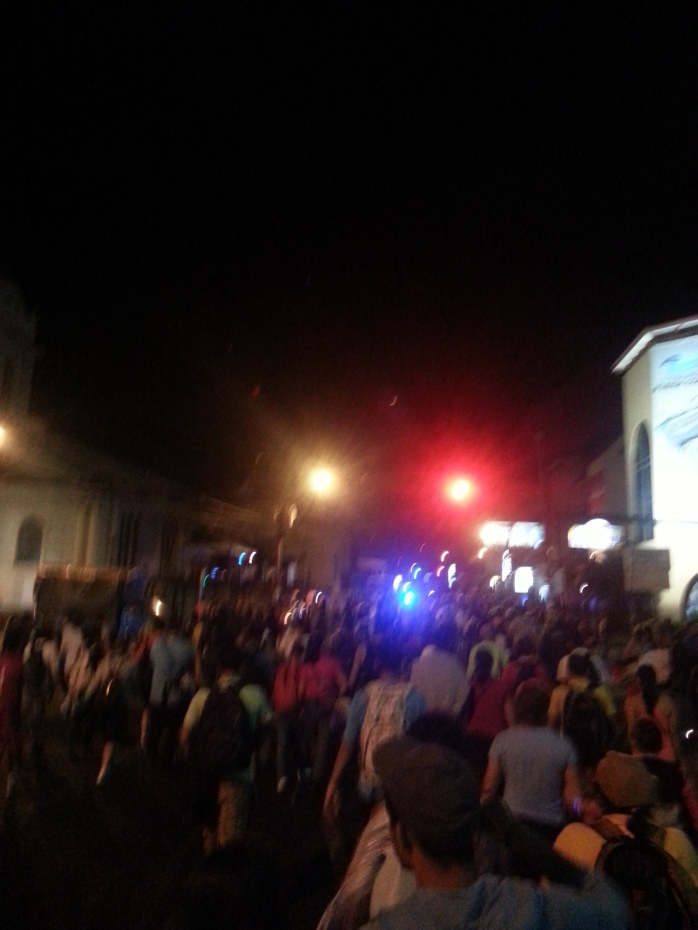 Well, time to leave the city behind. We’re off.