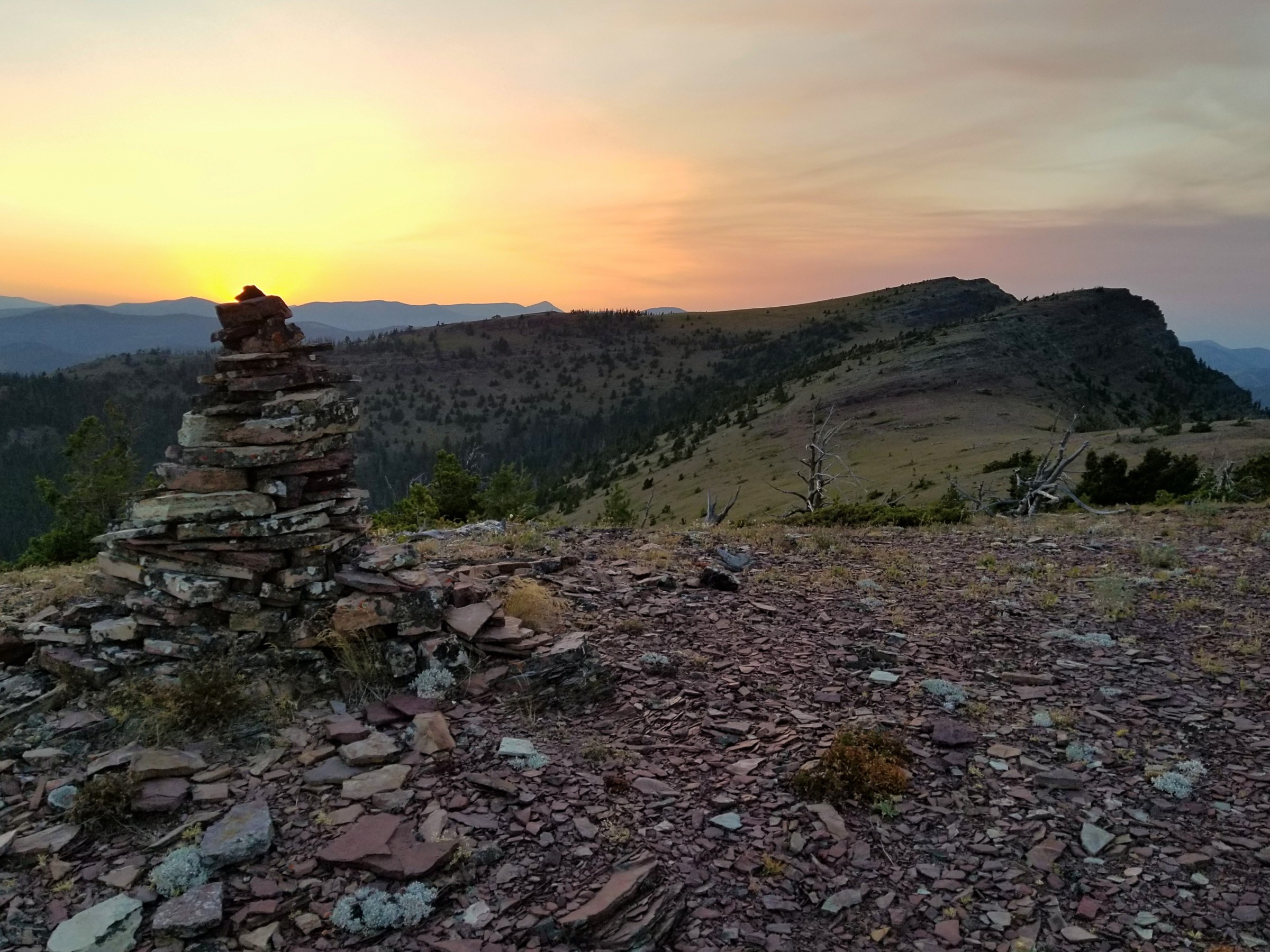 Our group came into Darby exhausted after our 220 mile week. We talked ourselves into a zero day pretty easily and spent the day resting and eating. After a couple hours waiting for a ride, we managed to get ourselves back to the trail head with a 100 mile stretch ahead of us to get to our next stop in Anaconda. 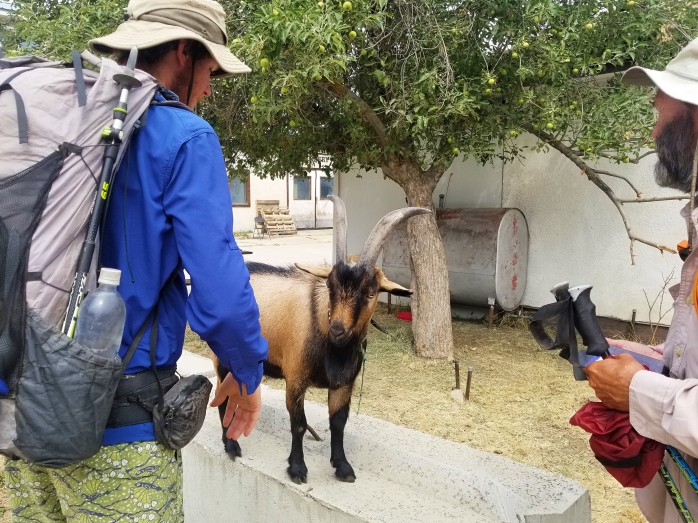 We began this stretch through about 20 miles of burn section from a previous fire. The sky was hazy from a current fire in the area, though far enough away to not concern our hike. We managed to put in 25 miles even with a noon start. 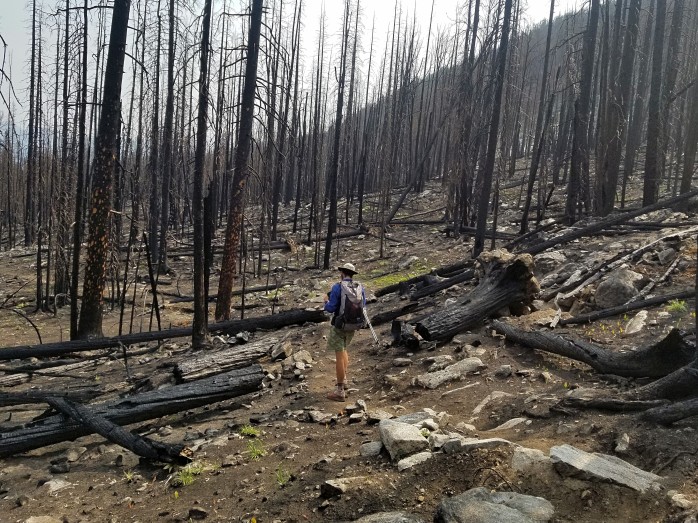 The next day we entered the Pintler Wilderness Area grateful to be under the shade of the trees. The trail took on the familiar pattern of repetitive high passes one after the other, but the climbing didn’t stop us from logging 35 miles.

We woke up 40 miles from Anaconda which included about 10 miles of highway walk directly into town. Our day progressed steadily, and we soon realized we could arrive in town that evening.

We pushed all day taking minimal breaks in an effort to achieve that goal. We hit the pavement at about 5:30 and stomped our way into town at 9. We hit the grocery store and headed to the local park where they welcome hikers to stay in a shelter and shower at the pool. 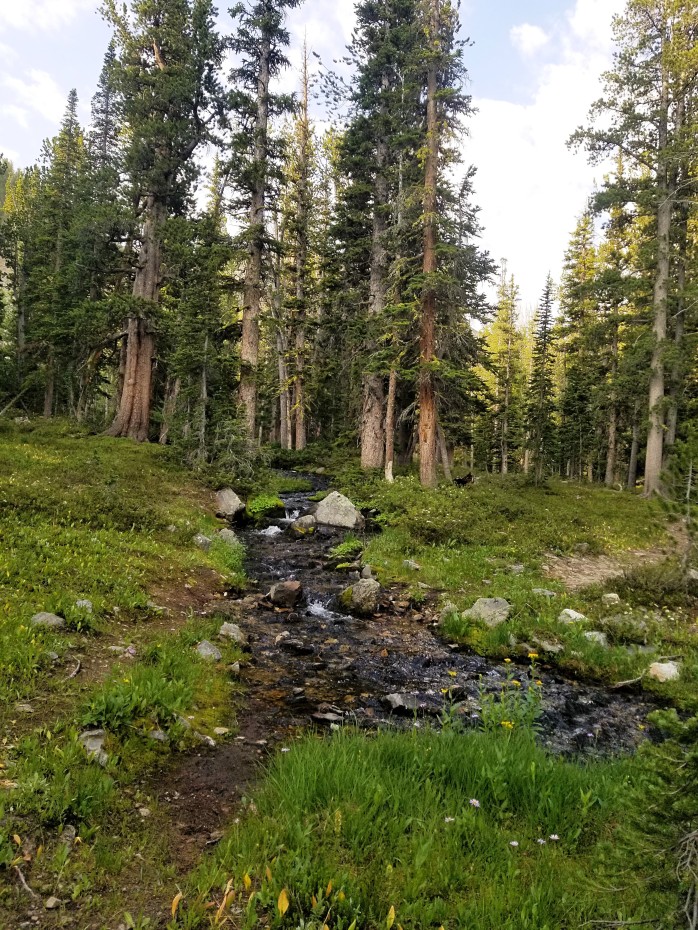 In the morning, we all gathered our resupply for the 80 miles ahead to Helena. No zero days this time. We began our long road walk out of town under the blistering sun. We left pavement after crossing the I-90 and continued on dirt roads for the rest of the day. A nearby ranch worker, Boston, welcomed us to his picnic table and offered us ice cold water, a real treat on this hot day. We logged nearly 29 miles for the day before going to sleep. 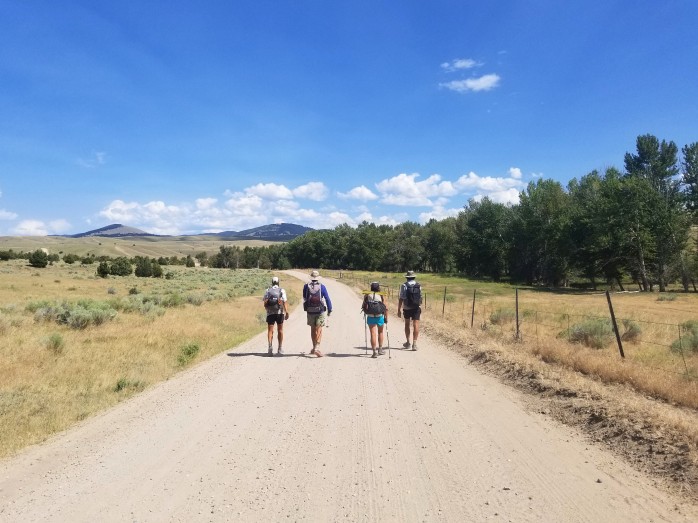 The next day was fairly uneventful, a mix of dirt roads and single track trail. We managed to put in 39 miles leaving just under 12 to get to Helena.

We woke up a little later than we usually would on a town day to a chilly morning. I was unamused by all the blowdowns cluttering my path, but we still arrived at the highway before noon.

When we arrived, we found ourselves in the middle of a construction zone which included a pilot car releasing one lane at a time. After some unsuccessful hitch attempts, the pilot truck offered us a ride down the pass to the end of the construction zone. We took the sketchy ride in the back of the flat bed construction truck about 6 miles down the pass. Not too long after, we got a ride the rest of the way to town and began enjoying our town day with lots of food and even a brewery stop. 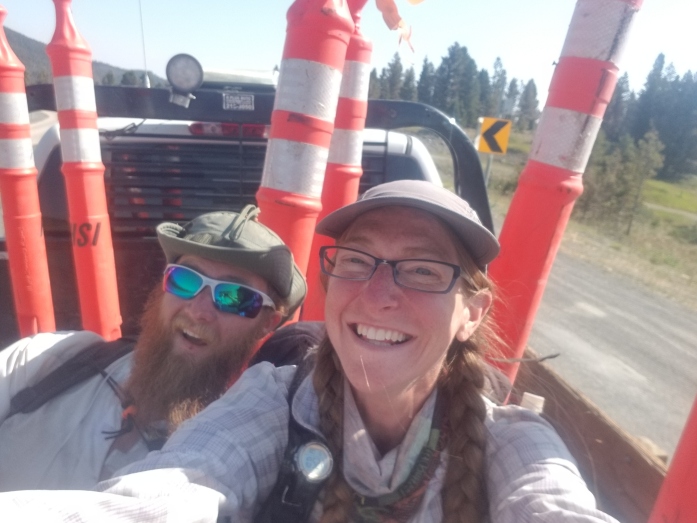 The next morning, a local trail angel picked all seven of us up at our hotel and took us to the pass. We were all loaded down with 120 miles worth of food. We logged 27 miles that day leaving town. 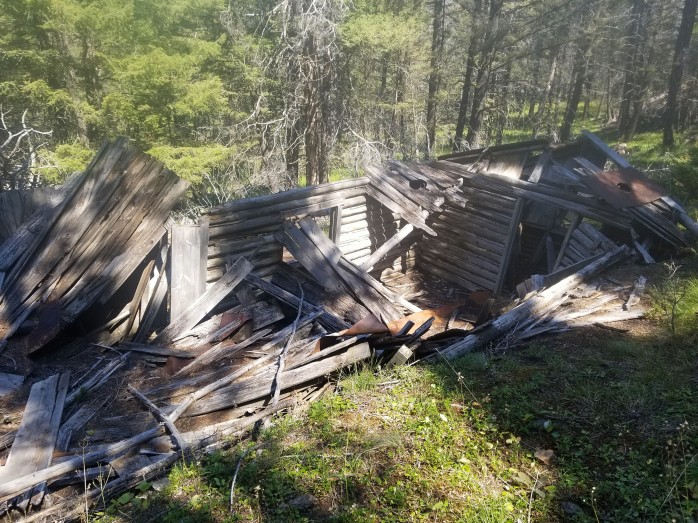 The trail had become an exposed rollercoaster, and we were riding the ridge mile after mile under the blistering sun with 10-15 mile water carries sprinkled in. I could feel my morale sinking as I climbed to the top of one mountain just to see the next two climbs spilled out in front of me. We managed a 38 mile frustrating day.

Of course, the next day was more of the same – constantly climbing and fully exposed. The minutes slowly turned into hours. I realized this is one of my least favorite forms of walking. I mean, exposed ridge is cool to an extent, but this many miles felt like torture. We must’ve climbed over 6000 ft that day “only” getting in 31 miles. 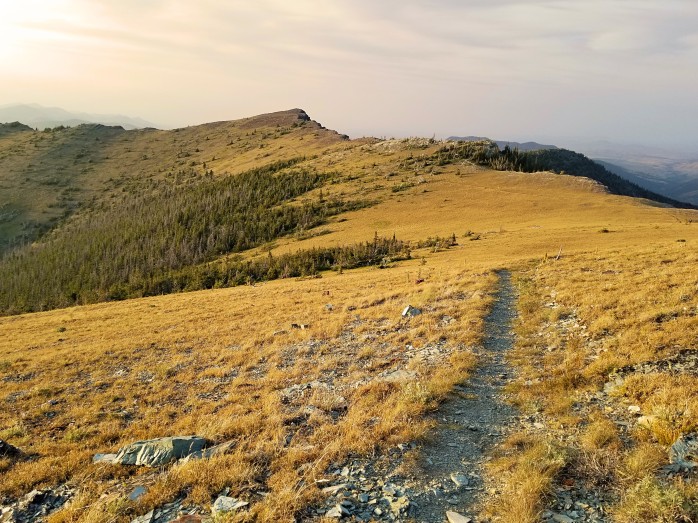 We had only 27 more to get us to Benchmark Ranch where we would hitch to the small town of Augusta. This day we finally came off the ridge and came under the canopy of the forest. Well, except the burned areas. We were now approaching the boundary of the Bob Marshall Wilderness. We arrived at Benchmark around 2:30 and spent an hour trying to hitch on the extremely remote gravel road to town. We were so grateful to grab a ride for five to the town an hour away. 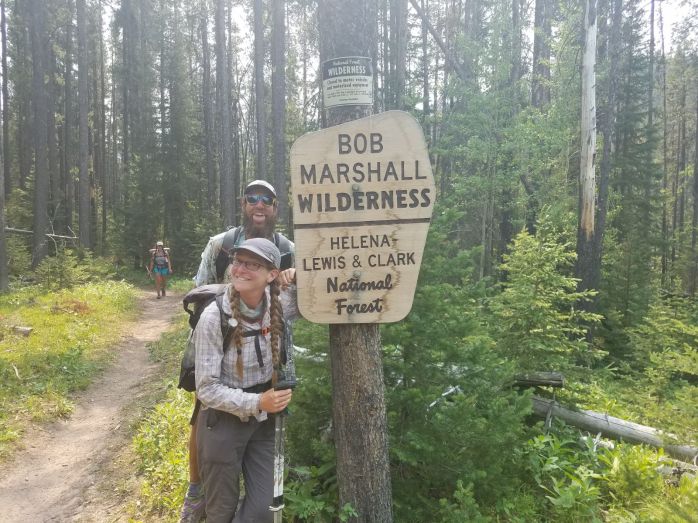 We arrived in Augusta thrilled for food, showers, and rest. We calculated our miles since Darby in disbelief. We had walked just over 300 miles in the past 10 days including two town stops.

Stay tuned for our last chapter of the CDT and our Triple Crown of Hiking as we near the Canadian border. Follow here, on Facebook, and Instagram.